The markets in the Middle East are pretty jumpy at the moment, with political instability across the region, the sliding oil price and Dubai’s real estate market going into reverse. In these turbulent seas only a few islands of calm remain, and Abu Dhabi is one of them. With its solid political systems and vast oil and cash reserves there are few storms Abu Dhabi cannot weather. The emirate has an often overlooked real estate sector that people are now looking to for better and more stable returns. So why put your money into real estate in Abu Dhabi? 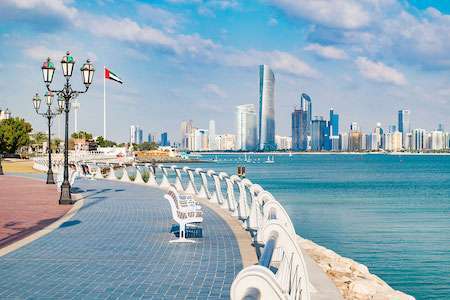 Buying property in Abu Dhabi is a fairly simple and quick process. Many thousands of transactions have been completed and banks and developers are experienced and secure. The unit mix is varied and expanding all the time. Most developments are less than five years old and are popular with tenants as they stand out from the traditional older Abu Dhabi stock.

Investments in some property in Abu Dhabi can earn returns of more than 7 per cent on your money net (look at net returns and not gross). There are few bank accounts or funds in the world that will give you that kind of return. There is also the potential to leverage your investment for increased returns from capital appreciation.

The law in Abu Dhabi is very landlord-friendly. In brief there is no difficulty in evicting tenants once their lease term has finished, you just need to give them two months’ notice before the end of that lease. You do not need a reason not to renew the lease.

Property has gone through its boom and bust cycles like every other investment, but it remains a stable asset. Property prices and rents have recovered well since the global slowdown and Abu Dhabi’s significant income from oil and large capital reserves mean that continued growth prospects are good. As well as that, the UAE government has learnt its lessons from 2008 and is active (by use of loan to value rules and tinkering with registration fees) in reducing the chance of future bubbles.

Property prices and returns in Abu Dhabi are linked to population and supply. At the moment the government has a large infrastructure expansion plan in place (Etihad Rail, the Midfield Terminal, Etihad Airways, the Louvre and Guggenheim etc) called the 2020 Plan, which is bringing people to the UAE by creating jobs. Set against that there is little property supply in the pipeline. Only another 18,000 units are due to come online in 2015 and 2016 (an increase of just 2.8 per cent per year) according to JLL, and Colliers believes there is a current housing shortfall of more than 50,000 units.

Rent in Abu Dhabi is paid upfront for the year, usually in one or two cheques (the second is post-dated). This affords significant security of income and some safeguard against tenants absconding. 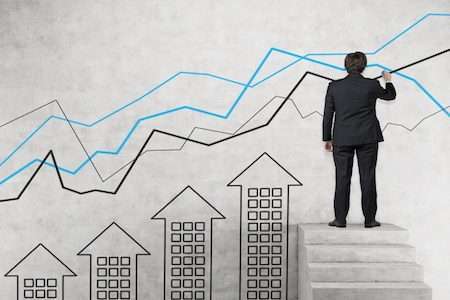 Abu Dhabi is an immature market as far as the rentals market goes and includes many first-time landlords. As a result it suffers from low sophistication among property owners. Nimbler, more intelligent landlords can gain higher than average rents by understanding the market and what tenants are looking for. Furnishing certain units, for example, is just one of the ways you can command higher rents (few units in Abu Dhabi are furnished).

Every real estate professional will tell you now is the perfect time to buy as your investment is about to appreciate in value hugely and make you a millionaire overnight. No one can predict if your property value is going to go up or down, so trust your gut and don’t consult the stars. Buy an investment where your rent is going to pay your mortgage with a little left over for you. You’ll be paying off the debt, accumulating equity in the asset and pocketing some change from the rental return. Be a smart investor and make sure the numbers make sense.