In numerous ways, the history of Dubai’s famous attractions parallels that of the city. They are a group of highly contemporary, worldwide firsts. The most popular lifestyle destination on earth is the Dubai Mall. The tallest hotel atrium is just one of the world records held by the Burj Al Arab. 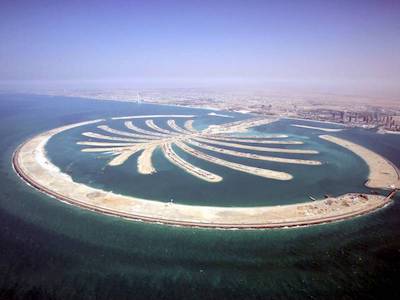 These landmarks are renowned for triumphing under difficult circumstances, just like the city. Burj Al Arab was built on its own artificial island. Burj Khalifa, the tallest building in the world, rose to prominence as the focal point of a brand-new neighborhood, shattering a number of its own world records in the process.

The Palm Jumeirah, an artificial island that currently houses some of the city’s most renowned hotels and many unique and priceless properties in Dubai, is another project in the center of the city’s identity. The most expensive house sale in the history of the city occurred recently when one of its mansions sold for $82 million.

The Rise of Palm Jebel Ali

The Palm Jebel Ali, a replica of the other man-made island located farther up the Dubai coast, has, in some ways, faced an even bigger obstacle due to the location’s prolonged dormancy. The development of it could be ready to resume after being put on hold for more than ten years. 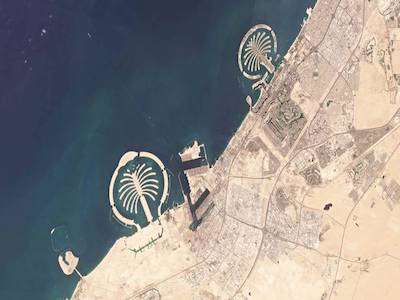 According to Nakheel, its plans for the island are being reviewed. The decision is supported by substantial evidence. Rising Dubai real estate costs are the driving force behind Nakheel’s aspirations. With a total value of almost $6.6 billion, the month of August was the best- performing sales month in Dubai Land Department’s 12-year history. The trend is being led by upscale beachside properties. Real estate brokers claim that their value has increased by 300%.

The Palm Jebel Ali’s masterpiece offers even much more.
Its older twin is renowned for tourism as well, especially for the numerous hotels that flank the outer ring. Additionally, that industry is expanding quickly. Recently, a number of new hotels in the UAE have been launched, and both airfare sales and room occupancy are on the rise.

The Future, The Global Economy and The UAE

It’s vital to keep in mind that the project’s potential rebirth is still in its very early stages. If that is true, infrastructure planning would need to be done and it would take some time before the first property could be erected. According to experts, the earliest that it might open is in three to four years.

All of this would occur in a weak global economy. However, the fact that UAE real estate developers still have the courage to put forth projects this big in the face of uncertainty and the pandemic’s aftermath demonstrates that Dubai’s economy has advanced in step with the city’s skyline.

It might require quite some time before this project can be completed, but in the meantime, investors can use news like this to measure how quickly the nation is recovering from the pandemic.

Stay in the know with PSI

PSI Real Estate is ready to provide you with professional consultation on all off plan properties in Dubai, as well as existing properties.